I fear job hunting is about to take a back seat as the World Cup takes priority. Whilst I could continue with recent efforts, I feel it is a wasted opportunity to not watch all the football games on offer over the next 4 weeks. It would be interesting to know whether or not recruiters see a change in behaviour over the next few weeks, I can’t believe I am the only job-hunter with a similar perspective. I also wonder how many people will start new jobs in June, rather than take the opportunity for a convenient break between jobs.

There is still just enough time to write another post. Not least because much of this one has already been written as part of the dissertation I completed for my MBA. It also nicely fits the current theme of football. My wife suggested that I should do my dissertation on something I was passionate and interested in... so I picked beer and football! More specifically, how football clubs could provide more profitable catering to spectators on matchdays?

Contrary to popular belief most clubs fail to make significant (if any) profit from providing refreshments to regular spectators on matchdays. Many football clubs (and their caterers) focus on corporate hospitality and very few consider the average ‘fan’. Most consumer research suggests that football fans think food and drink provided at grounds is too expensive, poor quality and the queues are too long. My research was focused on how football clubs could increase matchday revenue from public catering by addressing the actual needs, wants and expectations of their customers.

The research used an online questionnaire that explored the matchday attitudes and behaviours of football spectators from a catering perspective. Respondents were asked to provide information on their relationship to football, frequency of match attendance and attitude to purchasing food and drink at games. They were also asked for feedback on current perceptions of key service quality factors (cost/quality/queues/choice) and prompted for suggested on improvements that would increase their matchday purchases.

The results suggest performance in terms of quality, cost, queuing and choice was well below satisfactory. However, despite scoring lowest in performance, improved cost was not a key driver of increased sales; i.e. cheaper food and drink would not result in more sales. Respondents clearly identified improved food quality as the number one change that would increase their food purchases. Improvements in queue length were also highlighted as an area likely to generate more sales, BUT only of alcoholic drinks. This suggests that clubs focusing on reducing queues across the whole range of their products may be wasting time and effort (unless they are also increasing food quality). To generate more sales clubs need to focus on queuing ONLY when it involves the sale of alcoholic drinks.

Many of the suggested improvements in the report can already be found at other sporting/entertainment venues, e.g. local produce to raise food quality, early-bird pricing and pre-poured drinks ready for immediate serving at half-time. There seems to be a reluctance to introduce these changes at football grounds, something the results of this study suggest is misplaced. The one clear indication was that the majority of visitors to football grounds would tolerate a higher cost of product if the quality was much better.

Analysis of the results also uncovered a ‘new’ or previously overlooked spectator-type: One-offs. These spectators visit at least one game per season but do not consider football important in their lives; they attend games purely for entertainment and have no commitment to the sport. Despite infrequent attendance at games, this group show the greatest potential for purchasing food and drink at grounds. Typical marketing does not even recognise the existence of this type of fan, most football clubs are only interested in repeat visitors who will subsequently become regular fans. When was the last time you saw a football match advertised anywhere but on the stadium notice board (or the sport pages of a local newspaper)? My report made a few suggestions for how clubs may benefit from target marketing to these ‘entertainment seekers’ and suggested further research around measuring their potential.

The ‘casual’ or ‘one-off’ spectator is someone the World Cup tournament traditionally encourages to break cover. I am very confident that the number of football supporters in England will suddenly increase over the next week or so*. I also have no doubt that bars/pubs/clubs around the country will prove more successful in capturing their related spend on food and drink than most football clubs**. Here’s hoping that at least a few of these spectators consider venturing out to a live game next season and that football clubs start to take more of an interest in providing the catering their customers actually want.

Meanwhile I’m off to watch the first game in my local pub, which has suddenly discovered a real interest in football and installed some shiny new plasma screens around the bar ;-)

* Research from Mintel suggests that 71% of UK adults are planning to watch the World Cup this year.
**According to the British Beer and Pub Association (BBPA) 9 million ‘extra’ pints of beer will be sold in pubs during the first England game versus the USA.
Posted by TortugaSL at 1:06:00 am No comments:

How to pick where to do your MBA...

Job hunting is continuing to prove unrewarding. Despite a number of leads and conversations with ex-colleagues, friends and various recruiters; I am still unable to secure a decent face-to-face interview. It seems that the few jobs on offer are going to those ideally qualified. If you don’t already have significant experience in a role identical to the one on offer, then keep looking. Not an ideal situation for someone looking to advance their career with a ‘stretch’ opportunity, or something that is a step-up (or even sideways) from their previous role.

Still it does leave me plenty of time to post further entries to this blog. Following on from the previous comments, I figured it worth mentioning how I selected my MBA course, a common question from others considering a similar career break.

Despite the enormous amount of information and marketing literature provided by MBA schools, various MBA websites and the general media; my choice came down to two things: the location and the cohort. The location because I didn’t want to move home or face a long commute. The cohort because I was looking for a group of peers with similar length of work experience, i.e. not recent graduates but experienced professionals with a number of years management under their belt.

Content of course is very important, but in my research I found that core subjects were generally similar; the only differences were to reflect ‘specialisations’ from some schools. How this content is taught does vary considerably; with a big range between classroom teaching, group case studies and self-taught. Most schools have their own style so it is worth checking this matches your preferred option. I chose a general management MBA with a focus on personal development. Content was taught with a combination of techniques, including real-world case studies and study trips to Eastern Europe, China and South Africa.

Some MBA schools (usually those that score highly) make a big deal of the various rankings. Whilst these shouldn’t be overlooked, it is worth remembering that rankings are statistics. They are very subjective (often based on questioning current or recent past students with a vested interest in rating ‘their’ school highly) and can be manipulated to reflect whatever is important to the message being relayed. Be careful placing too much emphasis on rankings and treat them in the context they are presented. For example a higher than average increase in salary on graduation could simply reflect a lower than average pre-MBA salary (and thus possibly a lower than average standard of student at the start of the course).

The reputation of the course and/or school is very important, but there is a need to ensure this matches your potential career path. There is no point spending a large amount of time and money completing a course at an international ‘prestige’ school, only to find that your industry doesn’t value the qualification higher than a more local/in-country school. Some companies also have their preferred list. Probably the best method to gauge quality of school is to ask people you trust. In particular ask people in your company, current industry or target industry. This maybe a requirement if you are looking for an employer to help fund your course (I was self-funded so had no restrictions other than mentioned above).

The final criteria I will mention is cost. Most colleges/universities now offer some sort of management degree. Prices for MBAs range widely, in the UK between £5K and £50K depending on the school. A high priced course will typically indicate one in-demand, but this may not mean it’s the best MBA for you. Similarly the lower cost options may lack the academic content and rigour of the more expensive courses and thus a reduced ‘kudos’ for their alumni. Again this may or may not matter to you, depending on what you are hoping to get out of the MBA, or where you intend to use it.

Finally, I completed my MBA at Henley Business School (previously Henley Management College), now part of the University of Reading. It was close enough to my current home to enable a reasonable daily commute and I was very impressed with the quality of my fellow cohort (in terms of ability and experience). Based on my main criteria, I was very pleased with the choice. In addition I was also really happy with the very high quality of the faculty and the overall teamwork demonstrated by everyone involved from cohort, through faculty to the admin staff. It really did feel as if everyone was there to help me succeed. 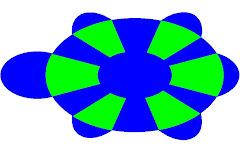